These three lectures about themes in postmodern art examine concepts that have become increasingly relevant to contemporary artists working in a variety of media over the past fifty years, and will look broadly at time and memory, the figure and body, identity, religion and spirituality, concepts of place and relational aesthetics, and will touch on art institutions as well. 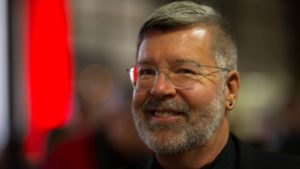 Professor Ivey teaches modern and contemporary art in the School of Art at the University of Arizona.  His research interests include the built environments of alternative American religions, and spirituality in contemporary art.  His graduate education at Binghamton University occurred in the heyday of discussions concerning Postmodernity, and included seminars with Donald Preziosi, John Tagg, Jean Francois Lyotard, Victor Burgin, William Spanos, and other luminaries in Postmodernism.  His most recent book is Radiance from Halcyon, A Utopian Experiment in Religion and Science (2013), a revealing history of a surprisingly influential theosophical utopian community, and he is also author of Prayers in Stone, Christian Science Church Architecture in the United States (1999), which traces the rapid growth of a new religious movement and its very ambitious construction program.