It’s time for our third annual 5 Minute Film Festival! Join us for a digital viewing party of the festival on MOCA’s YouTube channel, July 23rd at 6pm.

Triathlon tracks the rhythms and terrains of American immigration and confronts the absurd constructs of US patriotism and exceptionalism.

Oasis: 1. a fertile spot in a desert, where water is found. 2. a pleasant or peaceful area or period in the midst of a difficult, troubled, or hectic place or situation. OASIS (2020) is a portrait of two lovers, 30 years apart, who share water and proximity in the desert during a pandemic. In collaboration with Gayle Brickert-Albrecht

A Glimpse into an American Landmark II by Teresa D Pereira

Part of a series of exploratory videos examining voyeuristic tendencies, perpetuated by national landmarks and propelled by curiosity to find the right “shot.” Landmark II takes place in Yellowstone National Park in front of Old Faithful.

Ravenous is a meta-camp video that tells the story of a female werewolf exhibiting hunger as a stereotypical symptom of PMS. The narrative inverts the traditional association of lycanthropy with masculinity to draw parallels between the taboo of a woman’s menstrual cycle and the monstrosity of popularized werewolf traits. In doing this, the artist re-imagines the role of the female monster, which is often sexualized, to be a monster produced from a subjective female perspective; without any omission of body hair, food cravings, and mood swings.

Self Portrait, 2019 by Christine Dream

Chlorine follows a mysterious trio of pool-dwelling sirens that thirst after some frat boys. This stylized short fantasy horror film was created with an all-women crew in order to highlight the disparity of women occupying technical roles behind the camera in both the film department at the University of Arizona and in the film industry at large, and to provide an opportunity for women to occupy those roles.

This film was part of the 2017 exhibition F*ck You in The Most Loving Way “(from Women House to White House)” at the Ninth Street Independent Film House in SF. The exhibition was an intersectional feminist response to the landmark project Womanhouse, developed in 1972 by Judy Chicago and Miriam Schapiro. We thought the exhibition would be a celebration of our first female president, little did we know what was in store for us. The closing exhibition was cancelled so that the artist could participate in national protests against the Trump administration. Balls: the repetition of violent and toxic imagery can have a real and adverse effect on the human psyche. Consistently sexist, violent, and derogatory images and messages diminish a woman’s place in society while promoting violence on them; a trend that needs to end.

An experimental film that explores a psychedelic Western style tells an ambiguous story about an aimless man attempting to escape the predatory force of the desert.

The Abduction of Proserpina by Christine Dream

Grey Hair is the impressionistic story of a young woman processing her emotions around a ghostly voicemail from an upbeat female role model. The film sees the young woman in different settings, both public and intimate, as we engage with the physical interruptions that correspond to the woman’s emotional roadblocks. The film is shot in Poughkeepsie, NY and is entirely a collaboration between the featured actress (Sam Shinn) and the filmmaker, including music, cinematography, directing and editing.

The Wait by Christina Gednalske

The Wait explores a state of suspension and longing, promising tranquil scenes that are instead blurred and blocked. Progressing, but never focusing, the scenes create a skewed sense of position and motion that fluctuates between soothing and jarring – embodying a lingering imminence and the familiar state of unease and impatience that has come to characterize our experience of time and place. Each 360-degree arrow rotation was manually spun over the blurred images to achieve an imposed reproduction of a ubiquitous technological encounter, making the experience of creating the piece similar to viewing it: both meditative and taxing. The repetition and blur are so prevalent as to take over the scene completely, leaving one to wonder if the original, promised view is of any importance. As a result, the viewer may realize she has been watching for a long time for something else — in the meantime, not really seeing at all.

Facing the limits of temporality, CARA (2020) is a site-specific screendance film which explores the human condition of finitude and existential strife. Situated somewhere between extreme loneliness and ephemeral bliss, the dancing body urges us to go ‘in-between’ life and death, reality and dream.

The Transcendental Object as Seen in Darkness by Jared Robison

The performances for this video were recorded in total darkness with four-night vision cameras, while an EEG headband recorded all of the visual data you see throughout the film. The light-deprived space embodies the very set of questions I have regarding the (dualistic) Self-functioning in both material and immaterial form. Moreover, the concept plays with meditating upon the idea of transforming space, objects, and time as a means to reflect upon the ontological questions and existential anxieties we face as human beings. In layman’s terms, It’s about practicing presentness in contemplative space.

What parts of ourselves do we change and silence when we know we’re being watched? Seen is an exploration of how two people perform their identities through color, sound, and words.

Consequence of Movement by Christina Gednalske

This work explores the phenomenology of movement by analyzing dance in its simplest form: markers of the body’s placement within time. In an improvised performance with closed eyes, an attempt is made to rid movement of theatrics, emotional displays, or contrived motions; the dancer is simply moving through space and time within the container of the body. In paused, close-up depictions of the face, however, the images that arise are not neutral. Visions of extreme emotion emerge regardless of the attempt to close them off – switching between fear, elation, pleasure, disgust – all found within even the body’s smallest movements. Appearing on their own accord, these emotions are not displayed, but revealed. Each expression is an immediate, genuine consequence of the movement to which it belongs.

This piece juxtaposes video footage of retirees playing floor shuffleboard – a popular game in retirement communities – with text-to-speech voices explaining game theory – a system of mathematics used to describe competitive multi-agent systems. Although the computer voice-over is supplemented by text, the information is fragmented and non-sequential, to the point of absurdity.

While game theory has been applied to economics and other fields for some time, it has been put to use more recently in artificial intelligence. This has been especially true for practical, real-world applications of AI – expanding the types of jobs in which computers will eventually replace human workers.

In retirement, games can serve as a substitution for the work that used to absorb people’s time. With the inexorable march of AI and automation, there will be fewer jobs to retire from. In the absence of jobs that people have depended on for, not only paying the bills, but providing their lives with a sense of purpose, people may begin looking to games at an earlier age for the purpose of structuring their time.

5MFF celebrates the creativity of artists making film and video in Arizona. AZ residents were invited to submit their video art––clocking in at 5 minutes or under––to our juried, short-form, online festival. The 1st, 2nd & 3rd place winners will receive a cash prize thanks to the our event partner The UA Hanson FilmTV Institute. 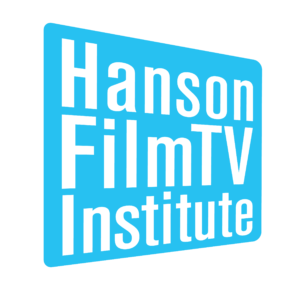