GARY SETZER: The Unique Title of this Museum Exhibition Differentiates It from Other Exhibitions Produced by the Artist While It Simultaneously Hints at the Substance of the Artwork It Contains

To safeguard the community from COVID-19, all exhibitions at MOCA are closed. Please enjoy this video piece from Setzer’s exhibition from the safety of your home!

For the last decade, Gary Setzer’s creative practice has primarily centered on live interdisciplinary performance artwork. The work in this exhibition deviates from that modality because it is specifically designed for traditional gallery display, including photographs, sculptures, and stand-alone single-channel videos on monitors.

Whereas art often promises the suspension of disbelief to transport the viewer to new worlds, the work included in this exhibition embraces a self-aware rhetoric that resolutely plants the viewer squarely in front of the artwork. For example, in A Sculpture Consisting of Purchased Wooden Letters Arranged on the Floor, the titular phrase is spelled out with wooden letters on the floor. Subverting presuppositions about how the artist/viewer etiquette plays out, here the edges of the idea are as defined or exposed as the visible edges of the art object itself. This approach makes it difficult to distinguish between form and content—where one begins and the other ends. This synchronicity of form and content is designed to result in a self-reflexive object that highlights and exposes its own skeleton, as if to champion its own limitations as art. Here, the content of the work is not an invisible specter of thought, emanating from the object. It doesn’t carry the viewer to far off lands, challenge their thinking, or offer epiphany. Instead, the logic of the work collapses on itself, denying an opportunity for the suspension of disbelief. The hermetically sealed content perfectly parallels the form of the work—leaving the viewer in the gallery acutely aware of the rhetorical exchange they just had.

We are constantly bombarded with a never-ending stream of images. As absurd as it is astute, the dissident work in this exhibition functions at a rate designed to pander to the initial wants of the already oversaturated viewer. This seemingly base strategy is equipped with upright aspirations, as the parting resonance of the work quietly frames the practice of conscientious viewing.

While at first glance these works significantly differ from Setzer’s performance art, there is significant overlap. They are sparked by the same curiosity in word play and language, and both investigate language as a limitation or threshold.

Setzer received his MFA from Ohio University and his BFA from The University of Akron. His works have been included in solo and group exhibitions nationally and internationally. He has performed, exhibited, and screened work in venues such as the Arsenale in Venice, The Wexner Center for the Arts, the Today Art Museum in Beijing, Tribeca Film Center, The National Art Center Tokyo, Los Angeles Center for Digital Art, Museum of Contemporary Art Tucson, Mobile Museum of Art, Boston Center for the Arts, Tucson Museum of Art, and the Cincinnati Art Museum. From 2010 until 2015, Setzer was awarded the Louise Foucar Marshall Professorship. This five-year endowed chair position recognized Setzer’s contributions to the field and was funded by the Marshall Foundation. He currently lives and works in Tucson where he is an Associate Professor of Art at the University of Arizona. 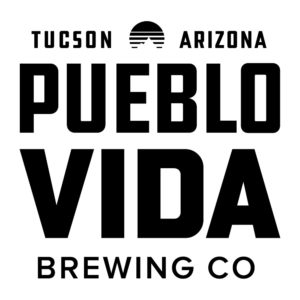