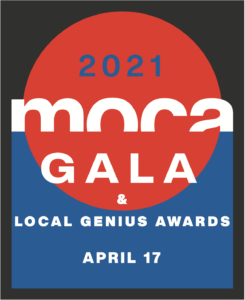 The Gala will feature the Local Genius Awardees, music, an auction, and a special appearance by Mayor Regina Romero. Tickets start at $50 and are available now at moca-tucson.org/2021-gala/. All proceeds from the Gala directly support arts education programs, exhibitions, and public engagement at MOCA Tucson, a beacon for contemporary art serving the vast binational Sonoran Desert and far beyond.

Founded by MOCA in 2009, the Gala and Local Genius Awards honor innovative Tucsonans whose activities have a global impact, and whose talents have been internationally recognized. “The Awards are a testament to the rich intellectual diversity of Tucson and a reflection of the museum’s commitment to honoring cutting-edge creativity in all disciplines and practices,” said MOCA Executive Director Kate Green, Ph.D.

The Awards are inspired by the ancient Roman concept of genius loci, or “the spirit of place,” the unique sensibility that sets a place apart from others. What is Tucson’s genius loci? A radical landscape that challenges and awes, magical light that inspires, endless vistas that evoke the passage of time, and a complex heritage that sparks rich diversity of thought. Only in Tucson could such a range of genius flourish–genius characterized by innovation, creativity, and a passionate commitment to pursuits within and beyond oneself. Each of the MOCA Local Geniuses are unique contributors to their respective fields and are both a product of and a contributor to Tucson’s unique genius loci. 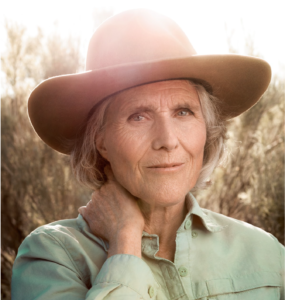 Valer Clark uses land as her canvas and water as her medium. Through the construction of more than 40,000 loose rock dams, she has restored waterways, thus transforming expanses of overgrazed desert to permaculture oases. Clark serves on the board of Cuenca Los Ojos (Watershed of Springs), an organization that promotes the restoration of habitats, protection of a wildlife corridor along the United States/Mexico border, and  research and learning in outdoor laboratories. For her binational conservation work, Clark has received various awards, including the designation of Mexican Conservation Hero by The Nature Conservancy, the Wetlands Award by the Environmental Law Institute of Washington, and Reconocimiento a la Conservación de la Naturaleza in 2008. 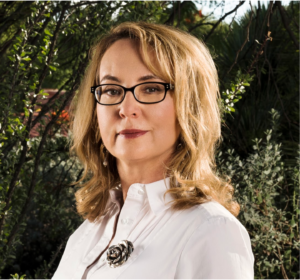 Gabby Giffords served as a United States Congresswoman representing Arizona’s 8th Congressional District in the House of Representatives from 2007 to 2012. On January 8th, 2011, while meeting publicly with her constituents, Giffords and 18 other people were shot in an assassination attempt that left six people dead, many more in critical condition, and our community in shock. After a courageous and miraculous recovery, Giffords has worked tirelessly as a gun safety advocate, establishing Americans for Responsible Solutions (ARS) in 2013. The ARS later joined with the Law Center to Prevent Gun Violence to become Giffords, an advocacy and research organization focused on preventing gun violence. 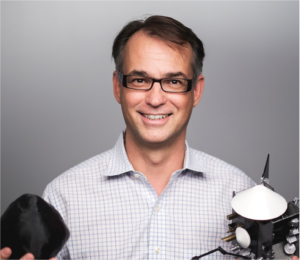 Dante Lauretta is Professor of Planetary Science and Cosmochemistry at the University of Arizona’s Lunar and Planetary Laboratory. An expert in asteroid formation and evolution, he is the leader of NASA’s OSIRIS-REx mission, which aims to collect and return to Earth a sample from the  asteroid Bennu. The sample will enable researchers to study the formation and evolution of both the Solar System and the beginnings of life on Earth. Lauretta received the University of Arizona Alumni Achievement Award, the NASA Silver Achievement Medal, and holds two Guinness World Records for placing the OSIRIS-REx spacecraft in orbit around Bennu. Asteroid 5819 is named “Lauretta” in recognition of his scientific achievements. 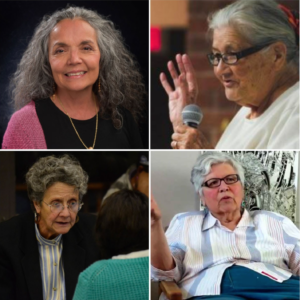 Las Mujeres de Manzo is a formative immigration activist group whose collective efforts have given rise to many of the international human rights activities in our region. The group, formed in the 1970s by Guadalupe Castillo, Margo Cowan, Isabel Garcia, and Raquel Rubio Goldsmith, was named for its first meeting place, a war on poverty center called the Manzo Area Council. In the 80s, the group was the lone voice identifying and opposing the militarization of the United States/Mexico border. Since, Las Mujeres de Manzo has shaped humanitarian relief groups (including Coalición de Derechos Humanos and No More Deaths), established and promoted Chicano and Mexican-American Studies programs, and worked in legal defense of immigrants.

Established by artists, the Museum of Contemporary Art produces contemporary and innovative exhibitions, education programs, and artist residency programs. MOCA Tucson’s mission is to inspire new ways of thinking through the cultivation, exhibition, and interpretation of contemporary art.